As he summarizes, “Although it seems clear their proximity was not merely attributable to chance, the connection between these incidents, and the implications for understanding copycat violence, have never been fully explored. This study analyzes the perpetrators of these attacks from a “thresholds of violence” perspective, which suggests the first actor in a sequence is more likely to be disturbed and violence prone, while subsequent actors are typically less disturbed but more socially influenced. Results suggest the thresholds model has both merits and limits.”

Marverly Nettles, a Birmingham, Alabama native who earned her Bachelor’s Degree in Criminal Justice from The University of Alabama, is in the midst of a tremendously exciting career. 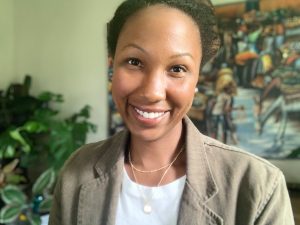 While at UA, Marverly had an athletic scholarship and was an active member of the Delta Sigma Theta sorority.

She is currently a Risk Management Specialist at Booz Allen Hamilton, an American management and information technology consulting firm with headquarters right outside Washington, D.C.

Marverly was also appointed by Maryland Governor Larry Hogan to the Emergency Management Advisory Committee, elected to the Board of Directors for the Maryland Municipal League, and elected Member-At-Large for the Prince George’s County Municipal Association.

We hope many current students follow in your impressive footsteps. Roll Tide!