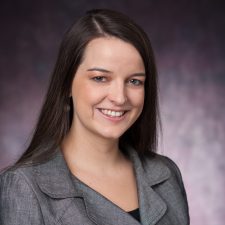 Dr. Erin M. Kearns is a criminologist who collaborates and publishes across social science disciplines. Using primarily quantitative and experimental methods, she brings this cross-disciplinary perspective to understand the relationship among groups that use terrorism, law enforcement, media, and the public.

Dr. Kearns’ areas of expertise include how media depict terrorism and counterterrorism and the influence this how on public perceptions; community-police relations particularly in counterterrorism; strategic communication decisions among groups that use terrorism; and, factors that increase support for violent and non-violent political action. She has a number of publications on each of these issues.

Dr. Kearns’ work has been funded through a number of sources, including the National Consortium for the Study of and Responses to Terrorism (START). Her work has been featured on numerous media outlets including CNN, The Economist, NPR, the Washington Post, and Vox. She serves on the editorial boards of Studies in Conflict and Terrorism and Dynamics of Asymmetric Conflict and on the advisory board for the Terrorism Prosecution Project. She has also served as a consultant for the Police Foundation and the Department of Justice’s Office of Community Oriented Policing.

When to Take Credit for Terrorism? A Cross-National Examination of Claims and Attributions (2019)

Why Do Some Terrorist Attacks Receive More Media Attention Than Others? (2019)

When Data Do Not Matter: Exploring Public Perceptions of Terrorism (2019)

Why Are Some Officers More Supportive of Community Policing with Minorities than Others? (2017)